I really needed this.

On thursday, Sebas and me went to Medialab Prado to answer some questions Agustín asked us about how the KDE community works and how we develop, design and handle such a great software. The colloquium was streamed so we reached much more people than those that came in person. I personally don’t like the answers I gave in general, and that could be in part because I was quite nervous, don’t know why. Actually I did pretty bad, but there was Sebas to fix the mess I was creating in almost every answer.

Working with the solid team has been a really great experience: Sebas, Kevin, Lamarque, Dario, Will and Alex. Also joined the party Agustín, Albert and Javier. Thanks to this sprint I met Dario, Lamarque and Javier, and I had the opportunity to see again the rest of the people.

I basically took the UDev backend coding responsability, being helped by Kevin almost all the time. I took my time to find out how the solid internals work, since it has been my first time with this API, and so far it looks really good to me. I wasn’t really productive this weekend for some reason I just don’t know, but I have all that voices inside that I need to code crazily like I did some quite time ago 🙂

The day the sprint began, Sebas and I had an agenda programmed by Agustín which opens new opportunities for the KDE community. I want to thank Agustín for the hard work he does in order to keep our presence everywhere. We basically first met with Fernando Herrero, who is the technological cooperation service boss at the Madrid council, and he told us that we can have the Madrid on Rails place for whenever we want* (obviously it depends if it was already taken or not :P) for doing knowledge sharing events and whatever we feel like, which is great. He also offered us a slot on the SIMO Network so we can show what we can offer to SMEs.

We later went to met with Miguel Jaque, who is the director of cenatic and he was very impressed when he was told our numbers in bug fixing, for example. 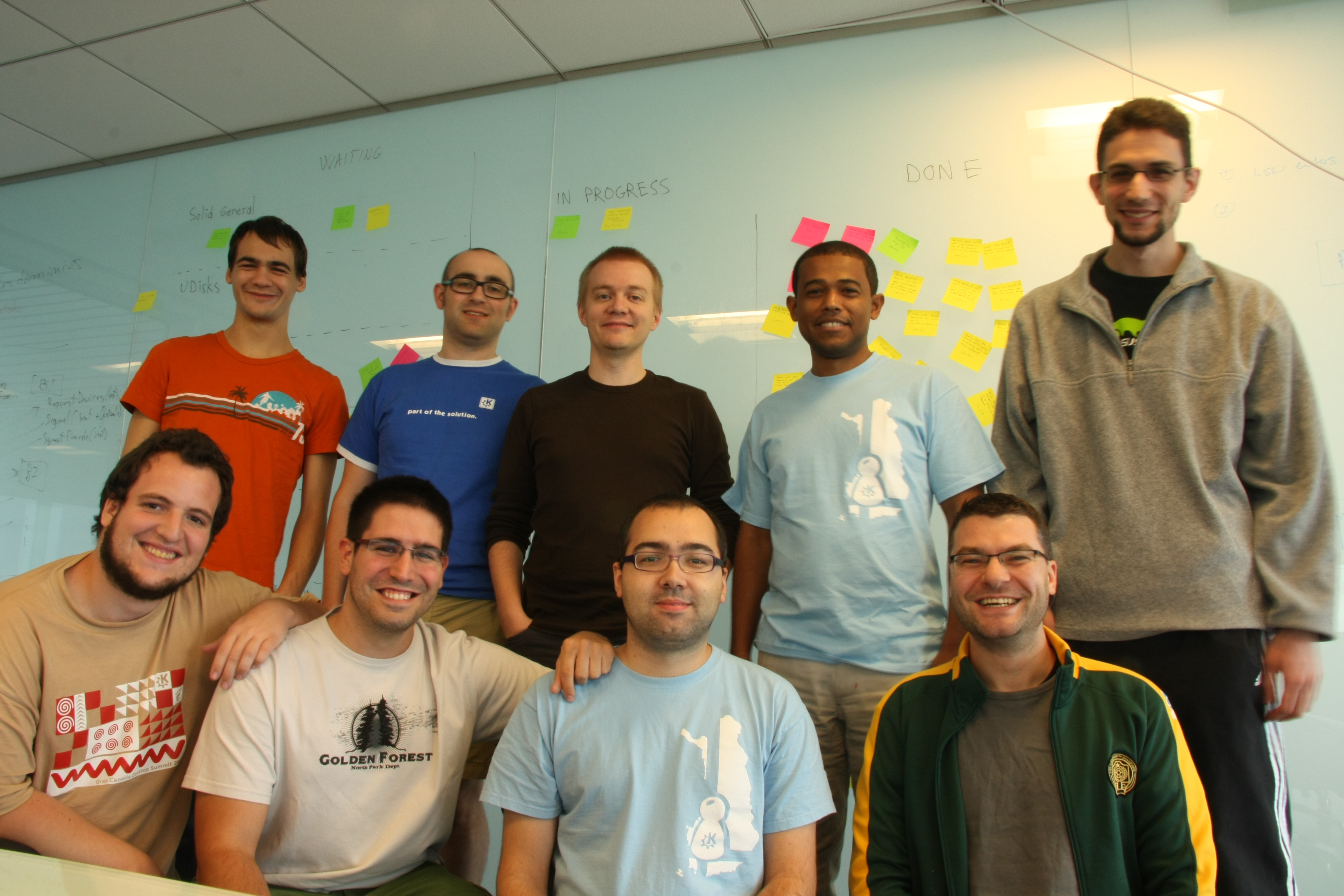 I just love how everything went. This community is just amazing… thanks, to everyone. Really.